Here are 383 Prealgebra tutorial videos from Khan Academy that will help middle school students understand and get familiar with the foundation for all higher mathematics, and for progressing to the Algebra Basics and Algebra I videos. They teach and demonstrate many important concepts that we will introduce to you here: negative numbers, absolute value, factors, multiples, decimals, fractions, rates, exponents, radicals, and scientific notation.

These prealgebra tutorial videos are all together, ready to be downloaded in this single zip file (709 mb). After downloading the file, unzip into a new folder is created, named “383 Pre-Algebra Basics Videos by Khan Academy”, and then just double-click on index.html to open the table of contents in your browser, as seen in the screen shot below. Once downloaded an unzipped, an internet connection is not needed to watch the videos.

Topics taught by the 383 Pre-algebra videos:

Factors and Multiples – 19 videos
Understanding and finding factors and multiples. After these videos, you’ll be ready for fractions.

Applying mathematical reasoning – 40 videos
You already have many tools in your mathematical toolkit. In this topic, you’ll use these in settings that you’re likely to encounter in the real world!

Arithmetic Properties – 42 videos
This tutorial will help us make sure we can go deep on arithmetic. We’ll explore various ways to represent whole numbers, place value, order of operations, rounding and various other properties of arithmetic.

Measurement – 17 videos
These videos help make sure we can go deep on arithmetic. We’ll explore various ways to represent whole numbers, place value, order of operations, rounding and various other properties of arithmetic. 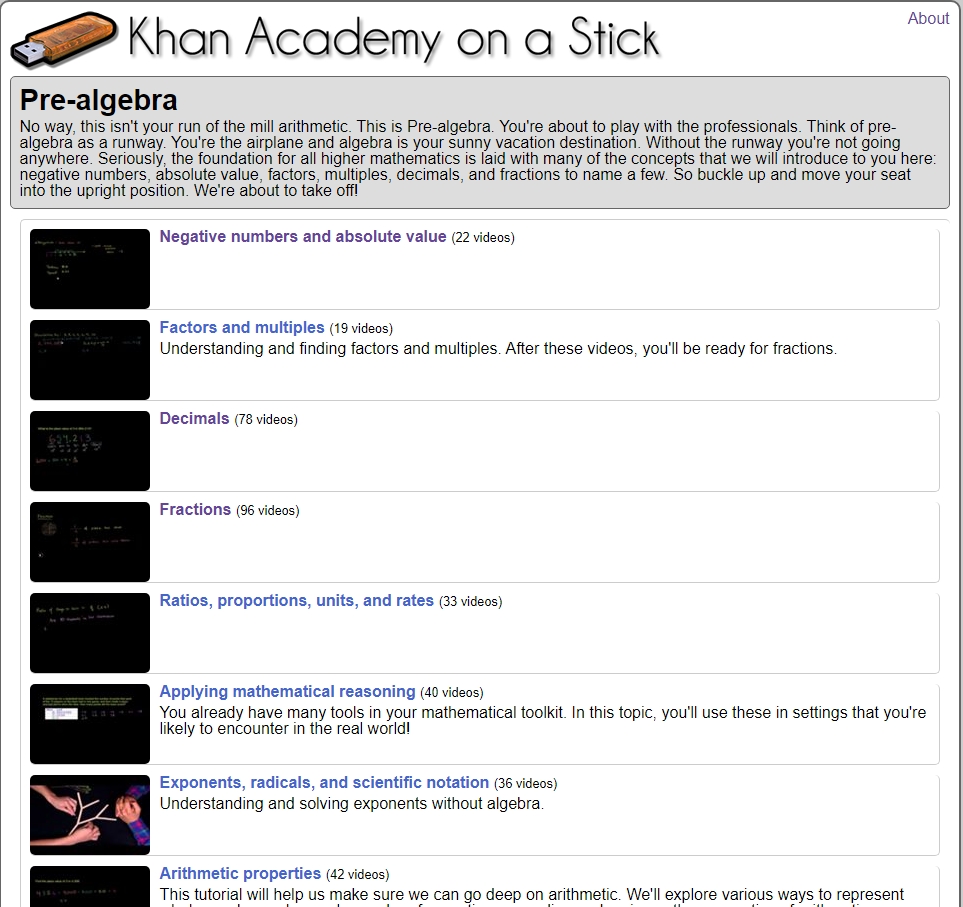