Written in a clear and concise manner, this Intermediate Algebra Textbook (pdf) builds on the basics learned in elementary algebra and introduces more advanced topics. It includes a blend of traditional and graphical approaches, introduces functions early and stresses the geometry behind the algebra. All answers to odd-numbered problems are provided. The author uses his experience working with students developing their algebra skills, so he knows just where they struggle and how to present complex techniques in more understandable ways, presenting the concepts is a student-friendly and commonsense way. This Intermediate Algebra textbook is also available in an html format in this .zip file, just unzip it and open the index.html file in your browser for the linked table of contents. 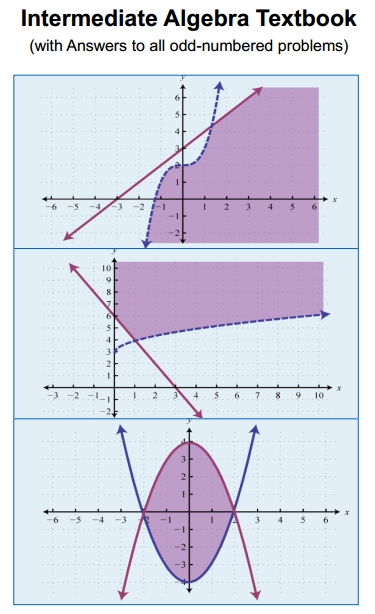